The project was produced and arranged by Paul McCartney & Wings’ guitarist Laurence Juber, and features blues legend John Mayall’s harmonica playing on ‘I’ve Been Defrosting All Day’, as well as contributions from members of Rod Stewart’s band and The Knack. The two bonus tracks feature vocals from the cast of the 2008 theatrical musical, ‘It’s The Housewives!’ 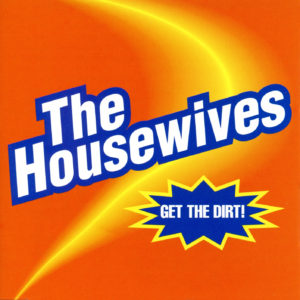 Reviews from The Housewives archives:

"The Group is sitcom ready! The lyrics follow through. The time they've spent behind brooms and up to their elbows in dishwater and dirty diapers give their well-played music an undisputable air of authenticity." ~~~ Daily Variety

"The Housewives, watch them clean up!"  ~~~ Los Angeles Magazine

"The Housewives have been attracting a lot of attention with their very clever presentation which incorporates fine vocals with hilarious comedy." ~~~ Francesca Cappucci

"They're young, hip and they play a mean washboard and broom guitar. The Housewives are cleaning up at L.A. night spots." ~~~ Los Angeles Times

"The group is very hip! They're filling a 'vacuum' in the recording industry."  ~~~ Dorothy Lucey, KCBS News

"If you haven't seen The Housewives, you will. A show for the entire family, The Housewives will put a smile on your face and a warm feeling in your heart. If you can keep from laughing too hard at the lyrics and their delivery, and actually take a listen to the songs themselves, these are some well-constructed tunes."  ~~~ Music Connection

"Call them the divas of dishwater, or the songbirds of the kitchen sink."  ~~~ Family Circle Magazine

"Delightful, domestic and damn handy with a blues song." ~~~ BAM